The Original Dead Space Game Is Currently Available For Free 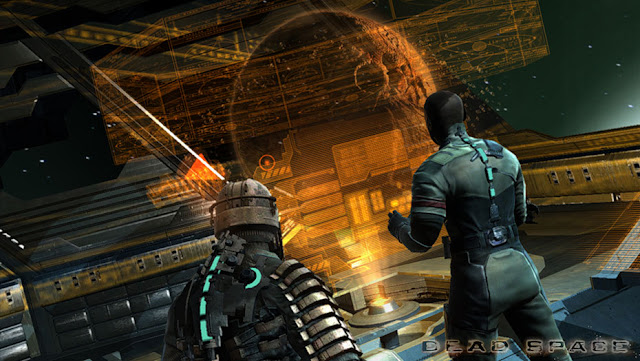 If you've never experienced the thrills of exploring a terrifying mining ship in the middle of space, you're in luck. Origin has decided to pass out free copies of Dead Space, a game any fan of horror owes it to themselves to try.

One of the best horror games of all time, Dead Space introduced last-gen gamers to a world where the dead morphed into horrific creatures and the only thing stopping these nightmare creatures from infesting the universe was to tear them limb from limb with little more than a collection of tools found scattered across a large spaceship. 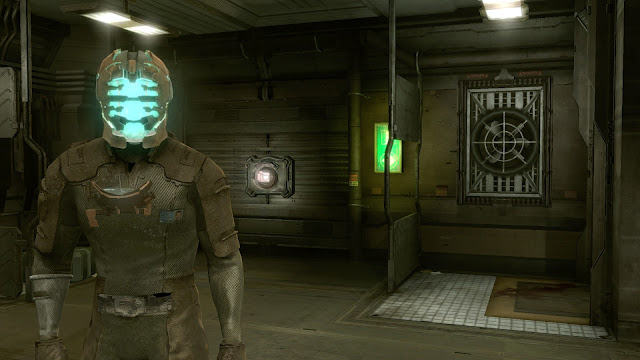 Over on Origin, they're offering Dead Space free of charge as part of their "On the House" promotion. Every now and then, Origin will throw out a game or some DLC at no charge, allowing everyone to enjoy the content on their home PC.

If you head on over to the promotion's listing, you'll notice that the original Dead Space is currently listed at "100 percent off." Sign up for an Origin account and click "Add to Game Library" button and the first game in the Dead Space trilogy is yours. 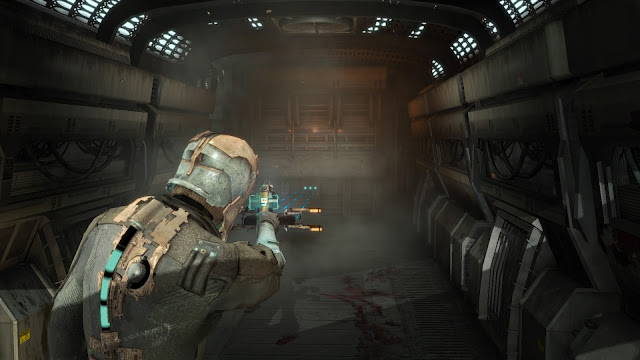 It has everything horror fans love, including a setting so iconic it pretty much becomes its own character, weapons you'll love to use and enemies you'll love to use them on. What really sets the Dead Space trilogy apart from the pack is the fact that it dared to implement all sorts of interesting ideas. The plot was a healthy mix of Event Horizon, Alien and every zombie movie/game known to man, but it all comes together to create a perfectly creepy concoction. The first Dead Space did away with any sort of HUD, instead, putting information like health and stamina on readouts that were actually on the character's suit. A press of a button activated a helpful way finding feature, and the weapons included things like bolt guns, saws and plasma cutters. 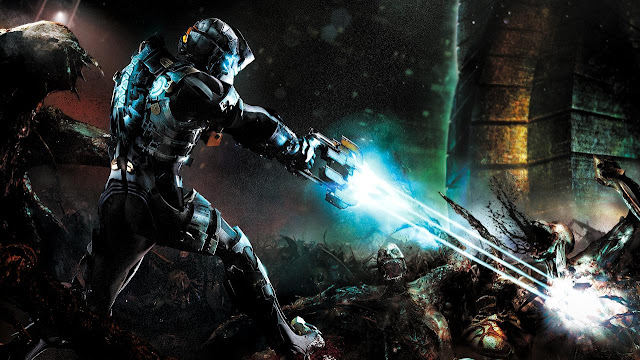 Go here to get it.

How To Make Your Own Comic Book Part 1 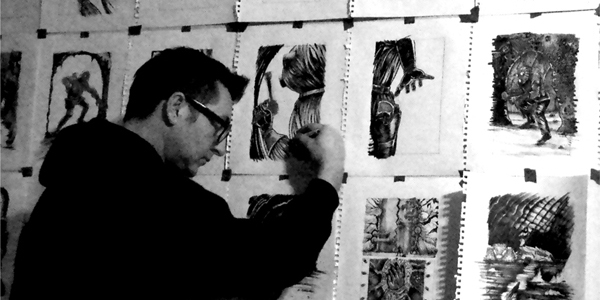 I have decided to re-post this series after many emails from the last one I did.
I started this site many years ago to document my experimental path to making a graphic novel. I have deviated on occasion from the real purpose here, but lately I've been getting back to the mechanics and art of visual storytelling.

This is a multi-part series on how to make a graphic novel based on my own experience. There is always more than one way to do things so keep in mind that if you've done it a different way and you’re reading this now, congratulations! Keep going in the direction you're going and we will both get there together. There is no wrong way of doing things, only a different way. 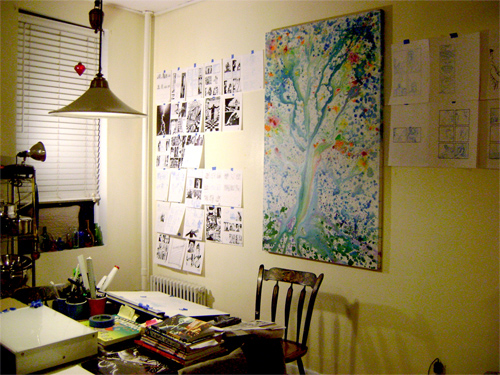 Sometimes I outgrow my tiny studio and overflow into the dining room.

The professional comic book industry does things a certain way which I will mostly adhere to. However, there are several things that I do differently to achieve the same or similar results. In the end, my book is as professional as anything on the market is today. 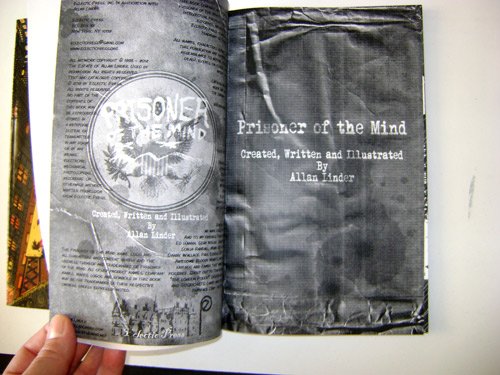 Prisoner of the Mind prototype. I have gone through over 100 revisions and counting. It takes a while to get it right. We'll get into more on that later.

The difference is, that I employ time-saving devices to streamline my process. Remember it is only you, not a company full of writers, pencilers, inkers, letterers, graphic designers, and editors. You can see that you will wear many hats in the graphic novel making process. 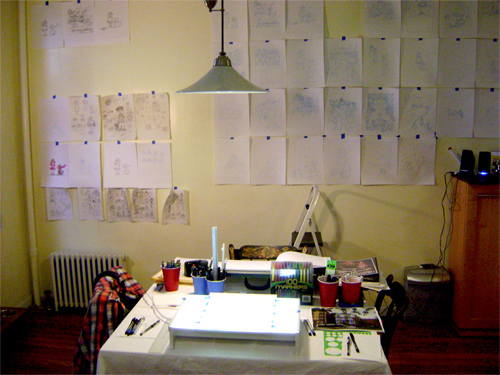 I like to see things visually, so wall placement is part of my process of elimination.

Throughout this series, I will give you many links and resources to help you. I suggest you read my entire post first, then go back and click on the links for more information. If you click on the links as you go, you might get lost on the way to the light at the end of the tunnel because the tunnel is long.

Ok let's get to work, so, you want to make a graphic novel or comic book. You are creative, artistic and a decent storyteller. That’s good, you’ll need all of your skills to pull it off. First of all, don’t think about anything format related yet, like the number of pages, size of the book or any of that. We will have plenty of time to get into the technical details later. The first and most important step is a good story idea. 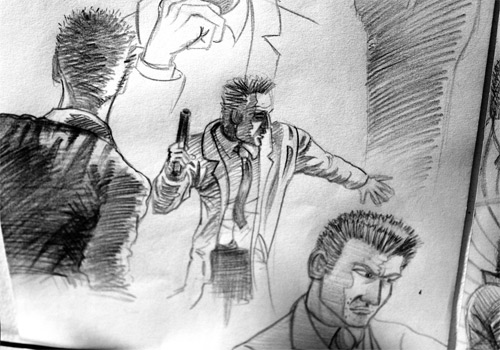 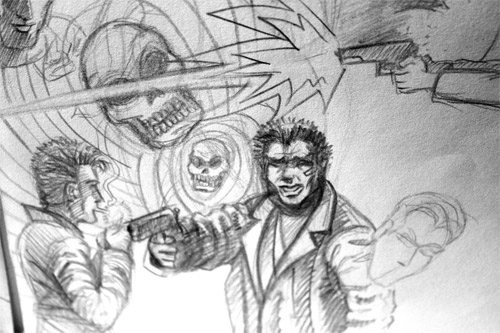 Some of my early character sketches for Prisoner of the Mind
If you have a good imagination, you probably already have several ideas bouncing around in your head. Before you proceed, you need to figure out which one is the strongest. I will approach this in two parts.
I have a solution to both problems, let’s tackle number one first.

You have too many ideas. Let’s say you have five different ideas. Take all of the ones you have and compare them to what’s been done already. 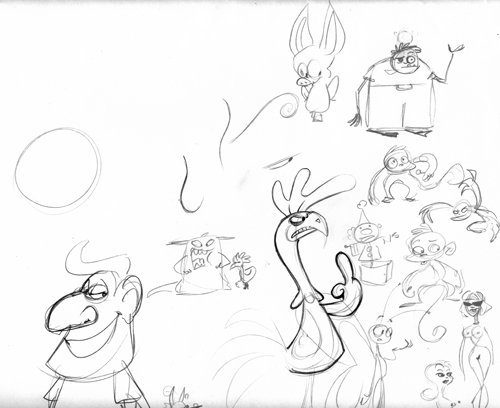 If I really need some inspiration I go back through my sketchbook and pluck out one character then develop it further until I have something interesting.

Example; If you have a story about an average character that develops some type of superpower, check out what’s gone before. Chances are you’re not reinventing the wheel here. Spiderman, Daredevil, Hulk… You will most likely find it hard to beat those stories without copying them in some way.

If it’s already been done, cross it off your list. Unless, it really, really, really stands out in some unique way that perceptive comic readers will say hmm. Ok, now after you are down to say three final ideas figure out which one makes the most sense and which is the strongest. Here is what I do to figure this out.

Creating the best idea: Come up with a working title for only three ideas and then write one or two sentences to describe what the story is about. 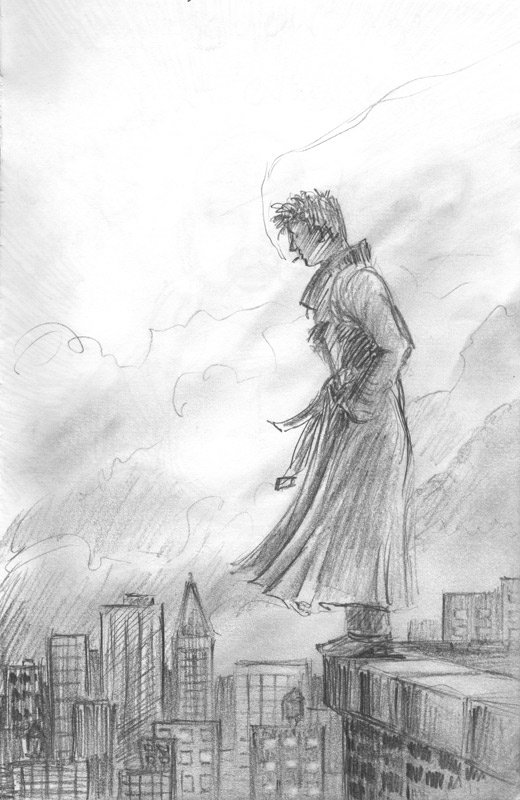 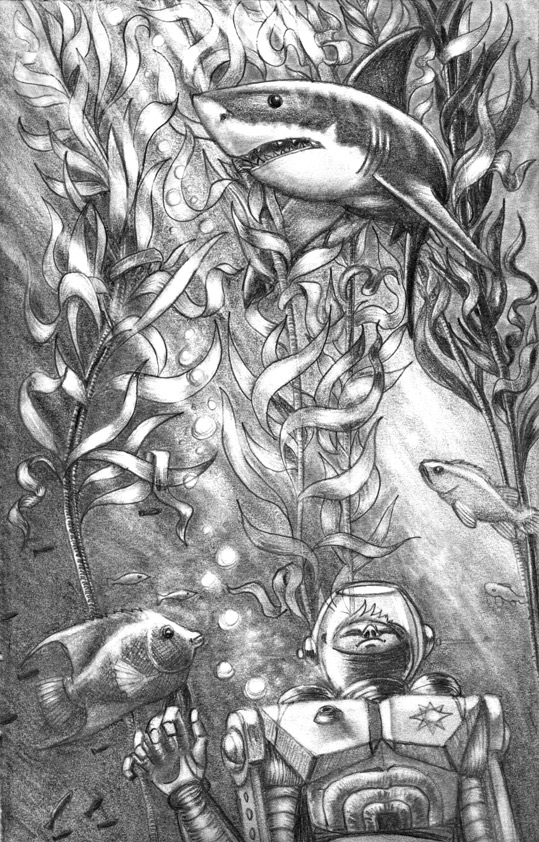 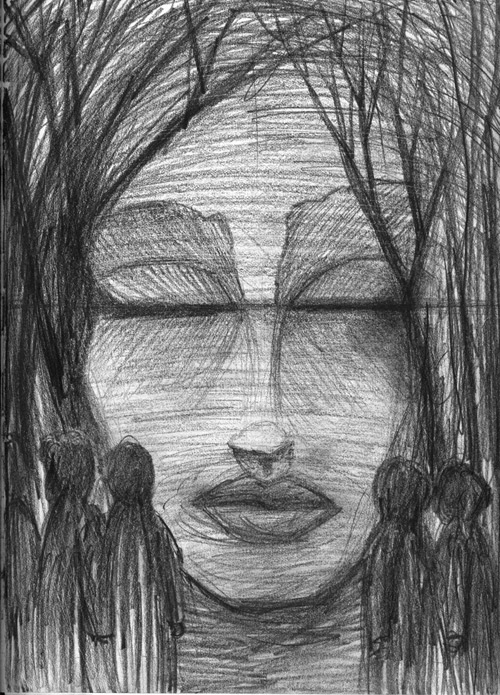 Here is some additional info on writing a story synopsis:

Now that you have three ideas, think about what your main character will look like. Start sketching. Many times, you’ll make two or three sketches right off the bat, and know that this story isn’t your strongest. Great! Save that one for later. Focus on the one that rises to the top of your list. It is all about process of elimination. Once you have it down to one story, then you need to write. 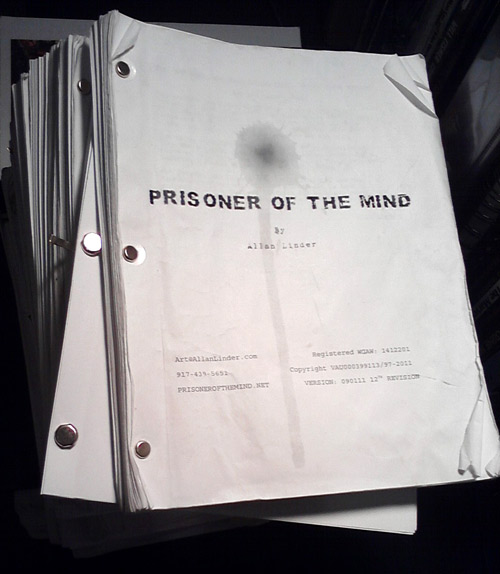 Here is a stack of P.O.M. scripts that I have collected for each revision over the years. Eventually, they will probably be recycled.

In my case, I chose Prisoner of the Mind because I already wrote the first treatment many, many years ago and I always wanted to draw a spy noir thriller so I had a jumping off point. Second, there are too many crappy stories about aliens and ghosts floating around out there anyway. You can only choose one because you are going to be working on it for a long time. Keep the other stories in a file somewhere and when you finish your first one, revisit the others down the road. Write them in a word document, don’t write them directly into your blog. Why, because the web is notoriously unstable and you would hate to lose everything because a server went down somewhere and wasn't backed up. I also print out all of my stories just in case that happens.

Back to problem number two. You have no idea what to write your story about. OK, start by breaking it down. 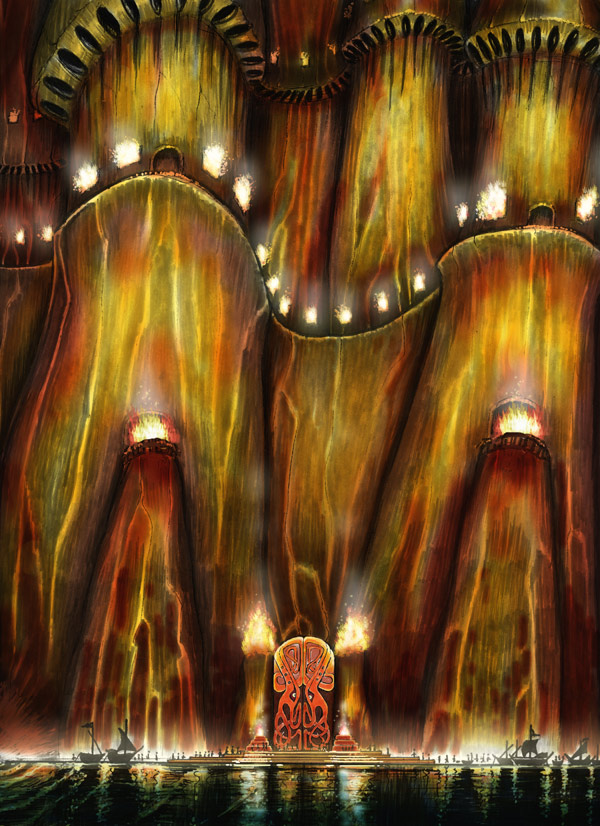 The Ancients was a story about discovering an old civilization that I started to develop in the 90's.

Is it a story about superheroes, on the other hand, non-superheroes? Is it set in the past, present or future? What era do you want to re-imagine? WWII, Neanderthal, a distant alien planet orbiting a double star? Remember, it’s all about the process of elimination.

Once you have an era or an idea, expand on it. With my stories, I like to include historical facts that are somewhat re-imagined for today.   Gump or Captain , both stories had some historical foundation that really grounded the viewer/reader in facts, and then twisted them into fiction.

I am personally a huge fan of Science Fiction, so all of my stories tend to have a bit of that in them. If you’re still hurting for ideas try reading these, and play a little game called.

Be creative, what if this didn’t happen, or what if someone else got there first, or what if history got it wrong?
From this list, you should be able to generate some cool ideas.

Once you have one idea write it down and keep going until you have three. Go back to step one above. You want to start with three ideas then pluck out the strongest to develop your story.