All Props and Animatronics and practical effects will be updated on this page now. Check out the new stuff. 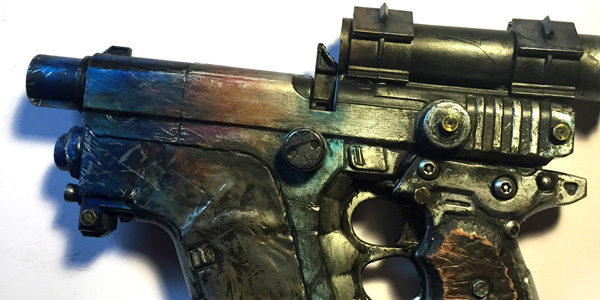 Above is a close up of the finished blaster. Below concept art. 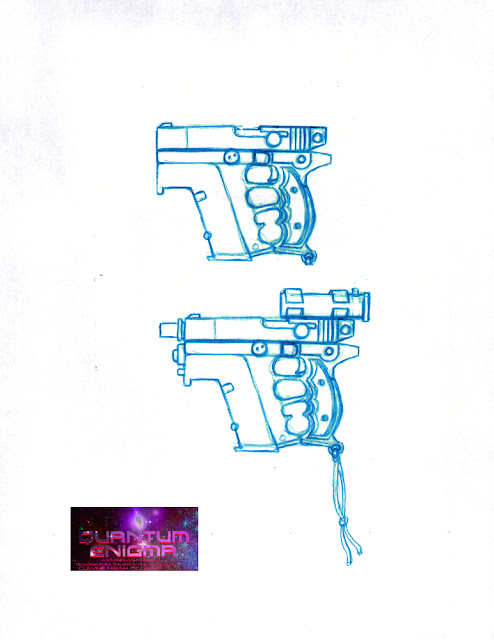 Here are some very cool concept illustrations and the prop design of the alien blaster seen in the QE teaser for the upcoming Quantum Enigma comic book release. Linder started off with some basic outline illustrations based on a movie weapon used in G. I. Joe and later released as a toy blaster from Hasbro. Further down you can this page, we have included a photo of it of the basic toy before the heavy modifications. 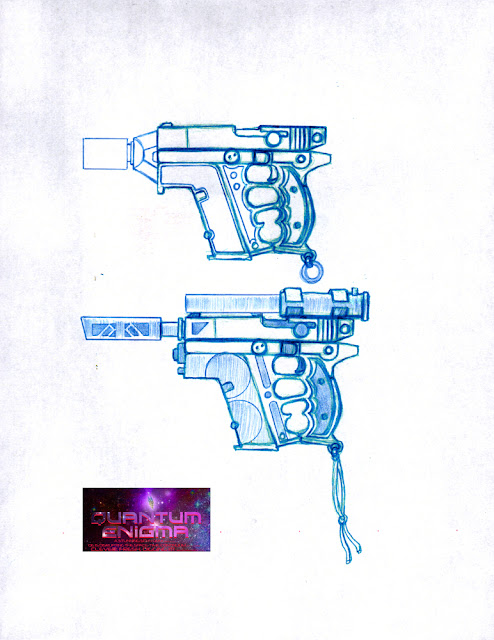 The shear amount of work required to create something like this is amazing. There are several designs here that we would love to see come to life. 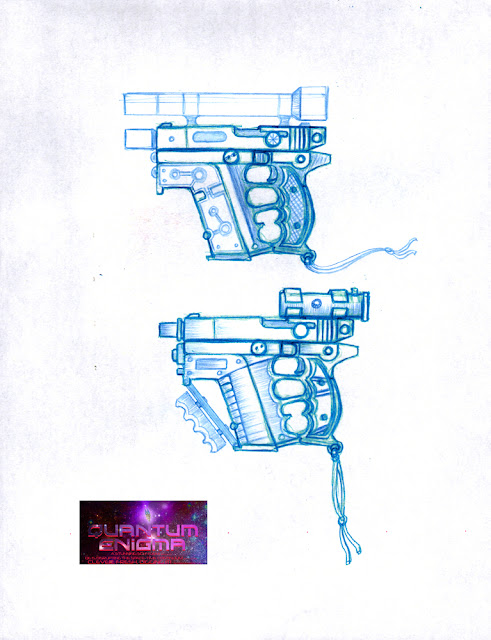 These all look pretty cool, but in the end I guess you can only pick one. Below is the finished product, we are waiting for additional photos of the detail work and build. 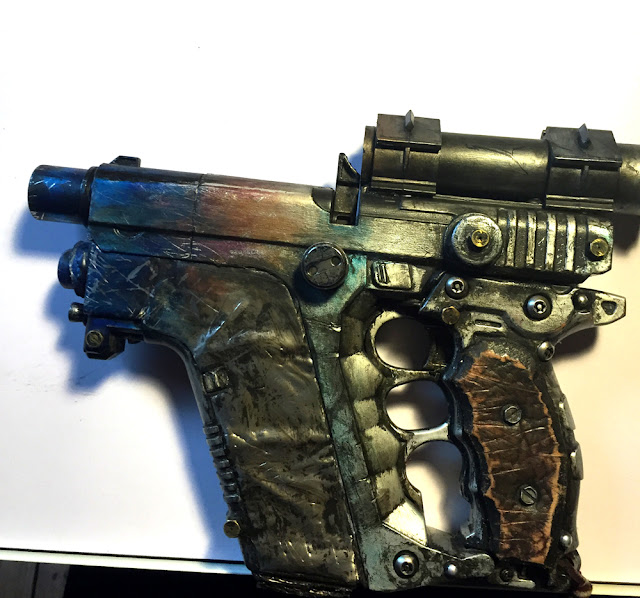 There are all sorts of little greeblies added to this, including brass and aluminum parts, it looks like leather handles and heat/ battle damaged paint job with a whole lot of weathering. 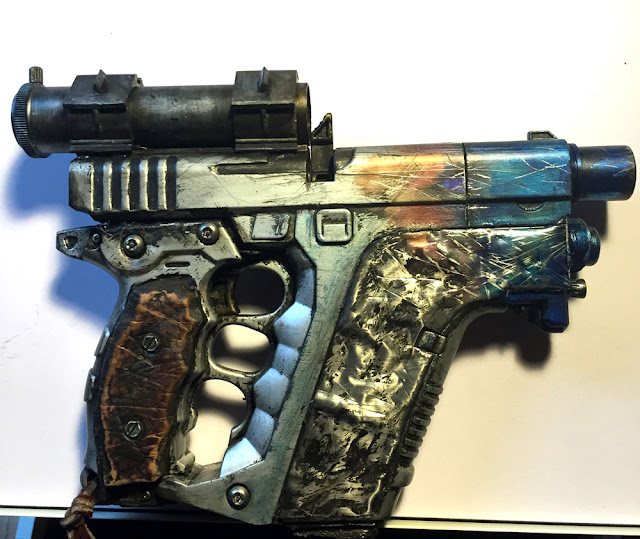 Here is another image below that we use on the site. 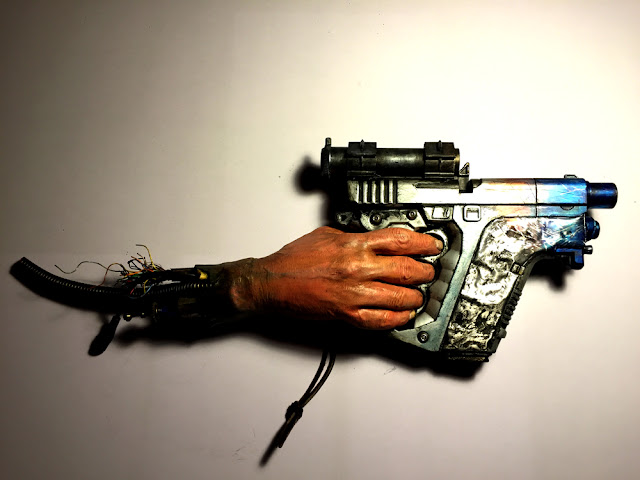 Here is the neon plastic toy gun by Hasbro that was used as the base unit. 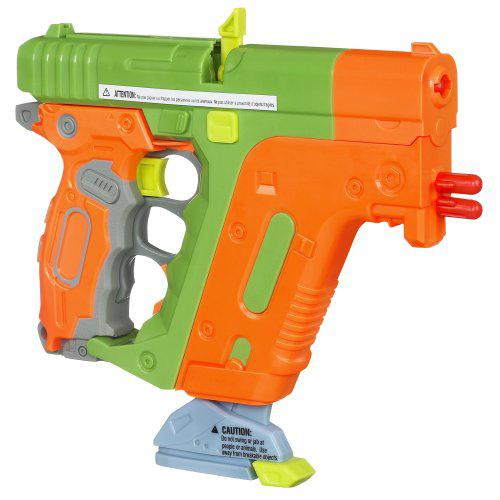 Screen matched image of the gun in holster from the QE teaser. 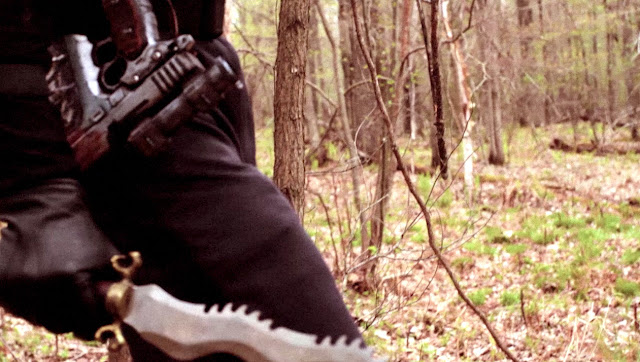