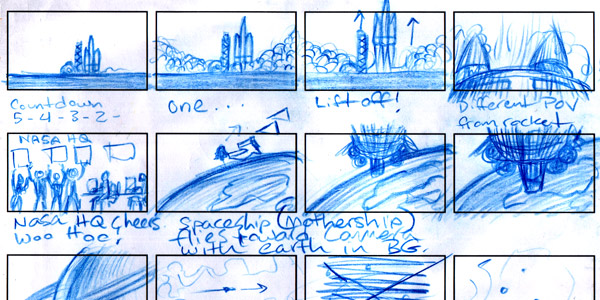 Here is a close up of the board below.

These are some of the storyboards used for the short film promoting the Quantum Enigma comic book. 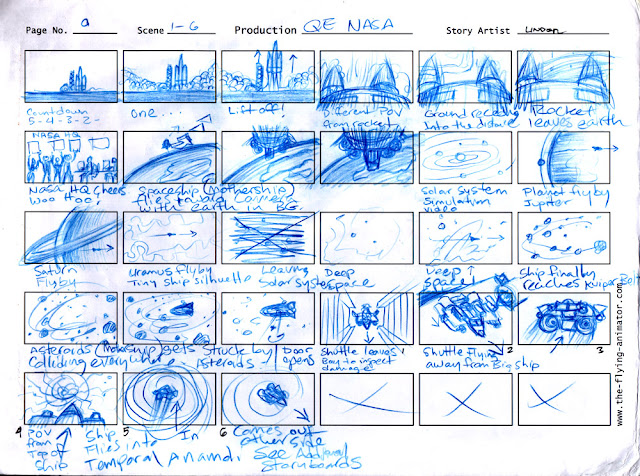 Storyboards are essential in any film, video or animation shoot. I have been doing storyboards for years, and this little production is no different. It really helps everyone involved with the project to be on the same page. The storyboard above was originally going to use a lot of NASA footage from their archive for a short film contest. We later scrapped the idea for this part of the story. 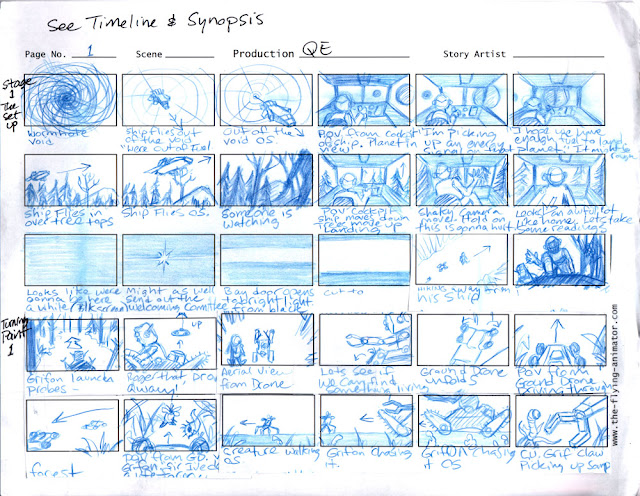 It helps to explain not just the action, but the narrative as well as camera angles etc. 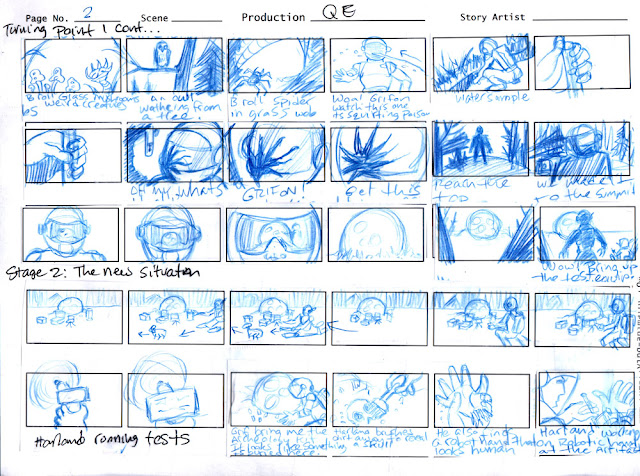