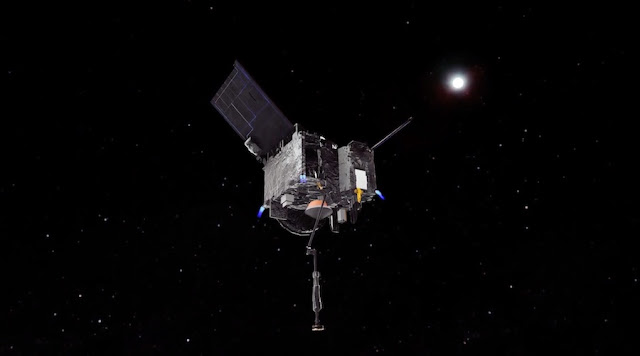 In case you don't know about this sample return from an asteroid, here is the basic mission.
OSIRIS-REx will travel to a near-Earth asteroid called Bennu and bring a small sample back to Earth for study. The mission launched Sept. 8, 2016, from Cape Canaveral Air Force Station. As planned, the spacecraft will reach Bennu in 2018 and return a sample to Earth in 2023.
Here's the update: The space craft successfully orbited the asteroid and poked it for a collection of material to bring back to earth. This is a first for Nasa. So far, only one mission from the Japan Aerospace Exploration Agency (JAXA)—the original Hayabusa—has returned pristine samples from an asteroid to Earth.
Today, we have a video of the touchdown and it is just as cool as you would think. Check it out below.