A new species of traversable wormhole has emerged, free of exotic material and full of potential for helping physicists resolve a baffling paradox about black holes. 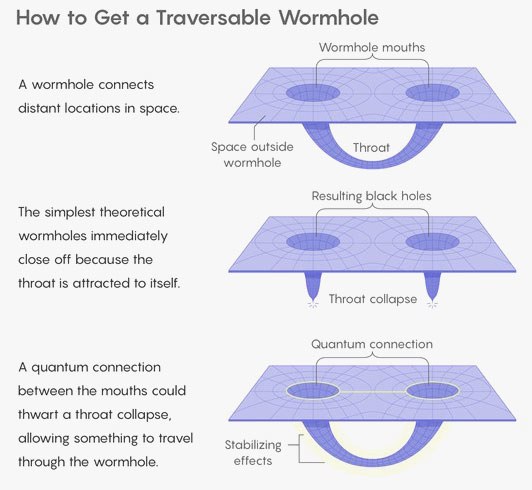 In their paper, “Diving Into Traversable Wormholes,” published in Fortschritte der Physik, Maldacena, Stanford and Yang consider a wormhole of the new kind that connects two black holes: a parent black hole and a daughter one formed from half of the Hawking radiation given off by the parent as it evaporates. The two systems are as entangled as they can be. Here, the fate of the older black hole’s information is clear: It worms its way out of the daughter black hole.


Here is also a VR Black Hole if you would like to take a trip in one yourself.